How to build a cult brand in a crowded market: Lessons from A24 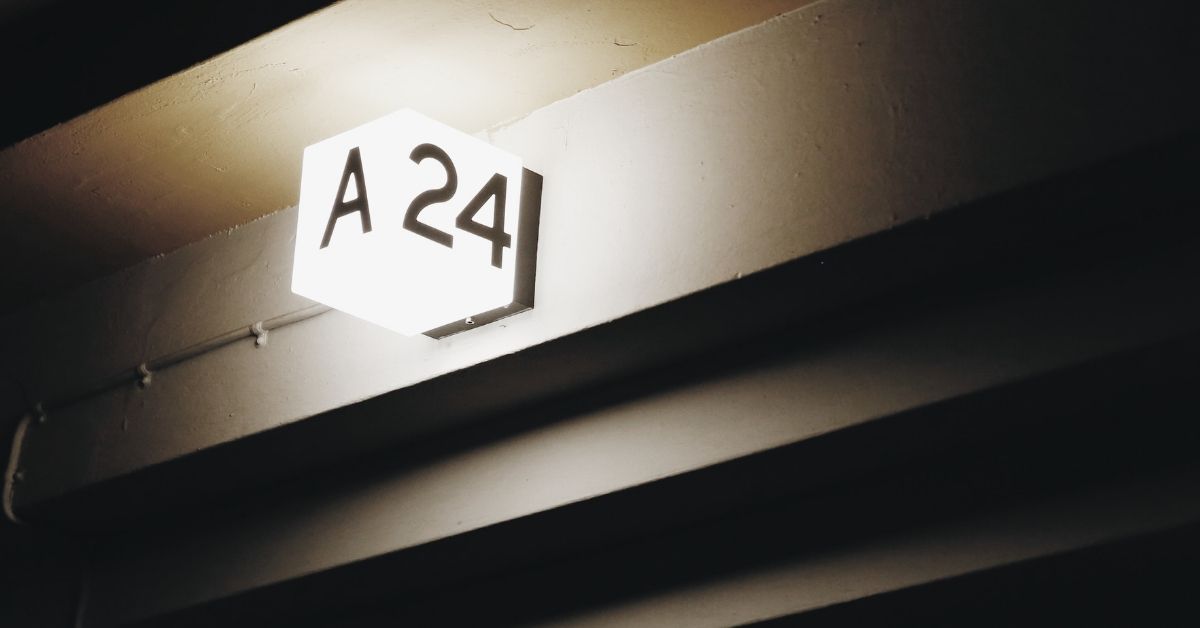 For startups feeling intimidated by the magnitude of the competition in their market, there’s no better brand to look to for inspiration than independent entertainment company, A24. After all, what’s a more competitive industry than movies and TV? In 2018 alone, over 870 movies were screened in the US, and that’s not even counting streaming-only and direct to video releases.

The rise of A24 is not only extraordinary because of how noisy the industry is, but because moviegoers typically head to the cinema for the cast, director and/or writer involved, not for the production or distribution company. There are exceptions, of course – Pixar, Studio Ghibli, Miramax (pre-Weinstein controversy) – but they’re rare. People remember The Godfather, but who remembers the production studio behind it? (It was Paramount Pictures).

In other words, A24 has become a capital B Brand. When people see that A24 logo, they know exactly what they’re getting. And like a true unicorn startup, this indie company has made a name for themselves as innovators, disrupting the Hollywood industry in the process. Here’s how they did it.

Founded in 2012, A24 saw early box office success – most notably, Spring Breakers, which grossed over $31mil worldwide on an estimated $5mil budget. From Under the Skin to Ex Machina and The Witch, the company has lived and breathed indie film, trusting unique filmmakers with unique stories. As Moonlight director Barry Jenkins states:

“The biggest thing that stood out to me — and why I was so ready to make ‘Moonlight’ — was that I always felt you could feel the filmmakers’ voices in their films… That’s why everyone says, ‘I know what an A24 film is, but no A24 film is like any other.”

Moonlight went on to win an Academy Award for Best Motion Picture. Despite financial success and critical acclaim, A24 has never left their indie roots, never fooling themselves into thinking they are anything but themselves. They’ve kept their budgets low and limited their theatrical release – not because they didn’t believe in their films but because they weren’t naive into thinking their audience was the same size as Marvel.

For comparison, Annapurna Pictures, another indie company also founded around the same time, has produced and distributed films beloved by cinephiles and critics such as Her, Sorry to Bother You, and Booksmart. However, they tried to force niche, arthouse films into the mainstream, opting for bigger budgets and wider releases. Annapurna Pictures is now facing bankruptcy.

In short, A24 knows who they are and who their product is for. This self-awareness combined with their unwavering commitment to their principles has created a winning formula for product/market fit. If you’re a startup looking to build something people love, you will need to fully embrace your story, your position and your resources at hand. It’s this underlying foundation that draws in quality talent and loyal fans – all the makings of a cult brand.

With all the pieces in place for a cult brand, A24 had to find a way to break through the noise and reach their audience. When every other Hollywood studio and distributor were content with the usual trailer, poster, and media push, A24 went further, seeking unconventional ways to market their films.

They made waves online for Spring Breakers with an image of James Franco in a Last Supper-inspired scene, captioned “On Friday, be good. We’re saving you a seat.” Prior to Ex Machina‘s SXSW festival premiere, A24 famously created a Tinder profile for the film’s AI robot, Ava, and redirected people to see the movie. For The Witch, they created a whole social media profile for the supernatural horror movie’s ‘Black Phillip’ character which attracted followers and engagement. Recently, A24 made headlines for giving away free couples therapy sessions because of another horror film Midsommar. They’ve even created an emoji pack for newly released The Lighthouse.

No two A24 films’ marketing campaigns are the same, but they are all bold in its execution and style, leveraging social media and the internet to its fullest extent. In this way, A24 can ride that thin line, between being consistent in branding and quality, and being able to continually innovate and inspire fans. They match the risks their filmmakers’ are taking in storytelling with risks in their guerilla-style marketing.

Capitalizing on digital media also means A24 can keep budgets tight – a necessity for an indie company – and more importantly, helps to foster a strong and passionate community. All cult movies and by extension, cult brands, rely heavily on word of mouth. If you want to create a cult brand, you need to set the stage in a way that encourages organic growth. As reported in The New York Times:

For most theatrical releases, A24 would spend roughly 95 percent of its marketing money online, using data and analytics to stitch films into the social media firmament in ways that prompts movie lovers to feel a sense of discovery and pass the message on organically — persuading fans to persuade one another.

As their following continues to grow in size and fervor, A24 has pushed further to cement themselves as a cult brand. They did this by simply offering something more than just movies (and now TV): branded merchandise.

Out of the top entertainment companies, only a handful of them have a merchandise store, and even then they only focus on their film and TV titles, not the company itself. A24 not only has merchandise for their films, from coffee tables books to coffee mugs, but they also have A24-branded apparel.

These hoodies, t-shirts, and hats act as conversation starters, allowing fans to instantly recognize each other, convert new fans, and re-engage with the brand beyond the cinema. It’s also a clear indication of how well-loved the brand is. As of right now, all of A24’s branded apparel is sold out.

It’s common to find branded apparel on startup employees, but not customers and fans. One example of the exception is InVision, who has collaborated with designers to create merch. But if you’re a startup that’s still cultivating its brand and community, you don’t need to go all out to produce a clothing line. Instead, you can create physical objects for specific occasions to surprise and delight customers. Superhuman, for example, started mailing t-shirts and cards as a way to thank customers who report bugs. This won’t just boost customer loyalty, it’s also bound to be shared on social media.

While A24’s filmography is both critically and financially successful, it’s not what really sets them apart (there are a lot of great studios and films out there). They became a cult brand because it’s the only entertainment company today that is steadfast in their principles, and constantly pushing the envelope in terms of marketing. They are in tune with their community, and go the distance to have genuine dialogue and engagement with their fans.

Want to take your startup’s marketing to the next level? Get in touch with us today at hello@junction43.co!